Check out my thoughts on writing my stocking stuffer!

Finding a suitable topic for my publisher's Stocking Stuffer series wasn't easy. In my guest post on author Delilah Devlin's blog, I share my journey toward crafting a suitable story. Take a peek!

PIECES OF US is now on sale at Amazon Books!

I am pleased to be a contributor to Pieces of Us, an anthology compiled by the Nu Romantics. Take a peek at this amazing collection of short stories, flash fiction, and poetry by a new generation of romance writers!

Pieces of Us...where light and dark come together in a beautiful mosaic. hyperurl.co/nh350z 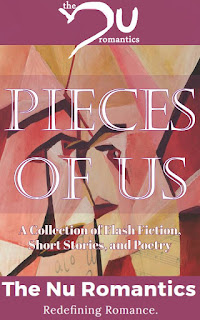 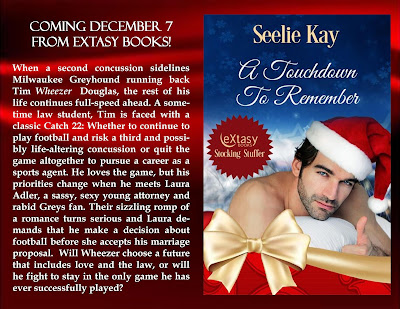 As a writer of romance, I thrive on emotion:  The good, the happy, the bad, the devastated. I want my readers to laugh, cry, smile, scowl, and even, jump for joy or shake with anger. Just not in the same story or with the same character.

I think love can be a step away from euphoria or lead to overwhelming pain. So I do not follow a singular path.  I permit my characters to lead me on a journey of discovery or closure or redemption throughout my books. That is why I write collections of short stories. I want each to tug on different emotions and leave you wanting more. And hopefully, that will encourage you to continue on to the next story.

Some of my stories are inspired by actual events--in my life or others--or by a singular occurrence, such as a walk in the rain or a phone call.  I never know what will cause my imagination to take flight, but when it does, I make sure to get it down on paper.

For example, I recently completed, “The one who got away.” It is the last short story in Kinky Briefs, Thrice. That story was triggered by the sighting of a familiar name in a news story. It was a name I had buried in my subconscious because it held such sadness for me. It was also a name I had not seen or heard in a very long time. The name belonged to the first man I had loved as an adult. We had an all-consuming love affair that ended tragically, in fact, it almost destroyed me. My heart was shattered and I thought I would never recover.

The name sighting spurred a lot of memories and I began to wonder how I would react if that man suddenly reappeared in my life, begging for a second chance, seeking redemption. As I often do when troubled, I began to write.  This time my characters guided me toward a hopeful outcome. When I finished, I was in tears.

Unfortunately, that was not the outcome I had personally hoped for. You see, if that man reappeared in my life now, I would most likely yell and scream and say all the words I had left unsaid. Then I would dissolve into tears and order him out of my home. I would banish him from my life forever.  He was someone I had trusted unconditionally and he betrayed me in the worst of ways.  I know now—as I knew then--that I would never be able to trust him again. And there was nothing he could say or do that would change that.

Thankfully, the protagonist in my story did not have the same problem. “The one who got away” contains all of my feelings of hurt and betrayal, and even reveals the treacherous journey that followed.  However, I permitted my protagonist to forgive and open her heart to a second chance because I believe in love. I know anything is possible, even if it is not possible for me.

Some wounds are just too deep. 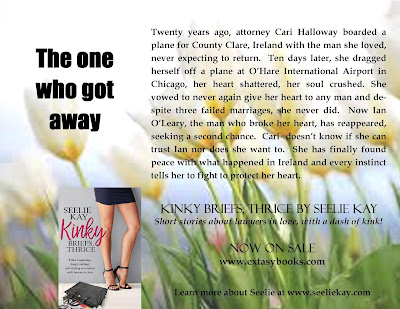