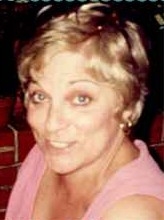 S:  Good morning, Mia. Thanks so much for joining me today!

M:  Lying in bed in the middle of the night. I'm a hopeless insomniac so I spend the time awake plotting my books, scene by scene, and figuring out the descriptions and dialogue I want to use. I go over and over it in my head, making adjustments and refining everything so that the next day I can write it all down and incorporate it into the story.

S:  You're not alone in doing your best thinking at night. It seems many authors can't turn their minds off when they're supposed to be sleeping. However, I'm amazed that you can remember anything in the morning. I get up and dictate my thoughts right away because I know I will forget by morning!

What should people know about you?

S:  That's pretty amazing! Complete this sentence, "When one of my books is released, I..."

M:  I open a bottle of champagne and my husband and I celebrate, then I proceed to have a near nervous breakdown questioning every word I wrote in it and worrying whether or not readers will like it. It's equal parts jubilation and terror.

S: (smiles) You're certainly not alone in that. What's your favorite day of the year and why?

M:  Easter Sunday. It's the day that friends and family gather in my house to celebrate  the holiday. We usually have 17 to 23 people at the dinner table that day. I make baked ham, roast leg of lamb, and a lasagna. I make stuffing to bring to my nephew's house for Thanksgiving every year and I bring Calibrese style zeppolini (an anchovy wrapped in dough and deep-fried) and scallops wrapped in bacon as my contribution to Christmas Eve dinner at my brother's house, but Easter is my holiday. I love the baskets, the pastel colors, and the promise of the coming spring.

S:  You write such a broad range of romance. Do you believe you only fall in love once?

M:  No. You can fall in love more than once. I'm proof of it. I thought when I met my ex-husband he was the love of my life. Four years later, we divorced. I thought I'd never love anyone like that again. I was disillusioned with the whole idea of love, romance, and happily ever afters. I went back to college to finish my degree and one night while I was out celebrating the end of the summer semester with a classmate, I tripped over a man. He caught me as I was falling. I thought he tripped me on purpose. He insists it was crowded and I was just clumsy. Long story short...we got married less than a year later and four decades later, we're still together.

S:  That's such a sweet story. In essence, you fell for him before you even met him!

Tell me about your book, "Little Girl Lost."

Wyoming sheriff Zac McHenry is fit to be tied. A new "working girl" just showed up at a local truck stop, ruining his stakeout. There's been an influx of transients passing through his county lately. Bringing an epidemic of drugs, crime, and vice with them. The last thing he wants is another hooker setting up shop in town. He's determined to send her packing. He's 6' 4" and she's a little bit of a thing...how hard could it be? Turns out getting rid of her isn't as easy as he thought. When he barges into her motel room, she thinks he's an attacker and wallops him with her purse. She's arrested for assaulting an officer and hauled off to jail.

Zac soon realizes things aren't what they seem. Ali Bellabonafortuna is no hooker. She's a youth librarian from upstate New York. Much to Zac's chagrin, Ali is well connected. She knows several state and federal judges who intercede on her behalf. He's forced to let her go. Thinking she'll leave as soon as she's released, he checks her out of her motel room, but Ali's not going anywhere. She's staking out the truck stop too, looking for the man who picked up a 13-year-old runaway named Peeky. The girl participated in a program for at-risk teens at Ali's library. She disappeared from the truck stop and hasn't been heard from since. Ali's not leaving until she finds her. There's a rodeo in town and her room's been rented out. In fact, there are no rooms to be found anywhere in the area for four days. Ali's temporarily homeless and it's Zac's fault! There's only one thing to do--she'll just have to move in with him until another room opens up. Zac thinks his house guest is a foulmouthed, ill-behaved hellion. Ali thinks he's an interfering, arrogant bully. But when they work together to investigate a case of kidnapping, human trafficking, and murder...sparks begin to fly. Is this any way to start a romance? 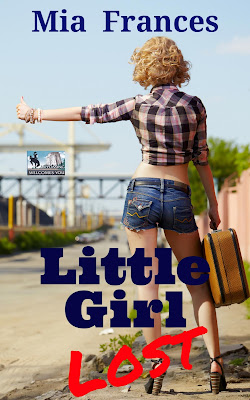 S:  Wow, that sounds complicated! Where can readers buy your book?

M:  It's available from all major booksellers, including--

S:  Mia, thanks so much for joining me today. Readers can learn more about Mia at--

Next week in The Loft: Author Stacy Juba!