This week in The Loft: Author Alice Renaud!

Joining me today in The Loft is UK-based author Alice Renaud. Alice writes paranormal and fantasy romance, entertaining readers with tales of shapeshifting mermen, water demons, and time-traveling sea witches. Her fascination with mermen began as a child in Brittany, France, when she spotted a group of men emerge from the sea in wetsuits, with palms on their feet. It wasn't  difficult for her imagination to begin spinning tales about shape-shifting mermen with webbed hands and feet. By day, Alice is a compliance manager with a pharmaceutical company. She lives in London with her husband and son. 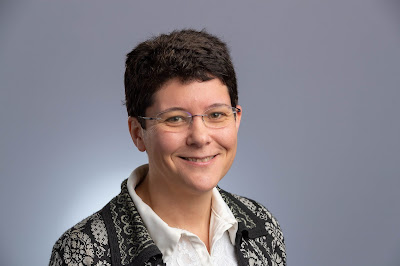 S. Welcome, Alice! Thanks for joining me today.

A:  I think I became a writer because I loved stories. As a child I soaked up stories, in films, on TV, in the tales my parents and grandparents told me, but above all in books. I was a voracious reader. I always made up my own stories in my head and when I played with my toys. I had an entire universe on the floor of the living room, where beads were Elves and buttons, humans, and little plastic animals were huge, intelligent, talking creatures. Most people grow out of that sort of thing, but I never did. Eventually, I became a writer because it’s one of the ways for an adult to create stories without seeming completely mad.

S:  Do you write full or part-time? Do you have another job/other responsibilities?

A:  I don’t have as much time to write as I would like, because I work full-time and have a family. I have to be very focused when I write to make the most of the precious writing time. I write mostly short stories and novellas. It’s partly by inclination, and partly because if I wrote doorstep novels, it would take me years to produce one book.


Did you undergo any sort of educational or other preparation/training to become a writer?

A:  Initially, no. I just wrote what was in my head. That was a mistake, because I needed to learn the craft. Once I realized that, I did a lot of online courses and workshops. Dozens of them. I also read books about writing and got myself two great critique partners.

S:  Did you have a mentor when you became a writer?

A:  No, but I had a wonderful teacher, Laurie Sanders. She really taught me how to write a story that was good enough to be published. She is still my editor and always gives me good ideas for my books. Now, I also have a publisher, Ric Savage at Black Velvet Seductions, and other authors, especially the ones who also publish with BVS.

A:  The happy ending. I hate stories that end badly. Everyone deserves a happily ever after.

S:  (Nods.) Happy endings are important, especially when in real life, it seems like few are available.
Why did you write this book? What was your inspiration?

A:  The book, "Desire Me Again," is a collection of second chance at love stories by a bunch of wonderfully talented authors at Blavk Velvet Seductions. We collaborated last year on an anthology of paranormal romance stories, "Mystic Desire," and really enjoyed it, so this year we decided to do another anthology. We all love the trope of second chance romance, so that is the theme we chose. My story, "The Holiday Mermaid," is the fourth story in my Sea of Love universe. The Sea of Love series follows the lives and loves of shape shifting mermen and mermaids. Each book is a standalone story featuring a different couple, and is set in a different season. Book 1, "A Merman’s Choice," is set in spring. Book 2, "Music for a Merman," is a summer story. Book 3, "Mermaids Marry in Green," takes place in autumn. I wanted the fourth to be a Christmas story. So, "The Holiday Mermaid" became a seasonal second chance fantasy romance tale.

S:  Is there anything about this book that makes it special to you? To readers?

A:  I have always wanted to write a Christmas story set by the sea, with a mermaid and a shape shifting unicorn. My childhood Christmases were spent by the sea, in my family home in Brittany, and I wanted to recapture something of that double magic--a special place by the ocean, and a very special time of year. I hope readers enjoy reading it as much as I enjoyed writing it.

S:  Tell me more about "The Holiday Mermaid."

Adam fell for surfer girl Rowena the second he saw her. But just as their summer fling was becoming serious, she left him without any explanation. Now, with Christmas just a few days away, she’s back… and Adam discovers that she’s a shape-shifting mermaid, from a Clan that hates humans. Can he love her as she is? Can she brave her family to be with Adam for good, not just for Christmas? 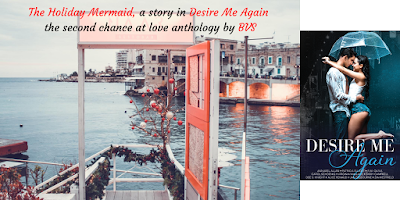 S:  (Grins.) Darn family always gets in the way, don't they?

Where can readers buy the anthology? 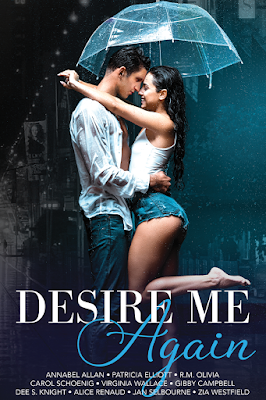 S:  Alice, thanks so much for joining me today! If you'd like to learn more about Alice and her books, visit--