The week in The Loft: Author Christina Lynn Lambert!

Joining me today in The Loft is author Christina Lynn Lambert. Christina writes dark, suspenseful, and sexy  paranormal romance, science fiction, and poetry. Her favorite themes revolve around love, courage, hope, and second chances. When not writing, Christina enjoys spending time outdoors and finding ways to avoid cooking. She lives in Virginia with her husband, two daughters, and a sweet, hairy monster of a dog. 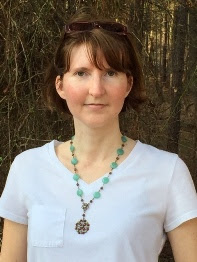 S:  Good morning, Christina! Thanks so much for joining me today!

C:  Being a writer wasn’t my original career plan. I have written poetry and essays for fun ever since I was a kid, but I had no intention of ever becoming a writer. Before I had the crazy idea to write a book, I worked in a few different fields. I was in sales, I worked with adults with special needs, and then, when my children were little, I worked as a personal training and running coach. I started writing stories when I was supposed to be studying for a fitness training certification. Finally, I gave in and acknowledged that writing is what I'm meant to do.

S:  Did you undergo any sort of educational preparation or training to become a writer?

C:  I didn’t study literature in college. My undergraduate major was psychology. During my senior year, I took a creative writing class as a fun elective course. During the class, I wrote a short story about a self-involved, workaholic woman whose life got turned upside down by a terrible accident. I saved the story and it ended up being the inspiration for Shayla’s character in "Bear’s Edge," Book 2 of my Stranger Creatures series.

C:  ...create stories that bring readers joy and give them strength when they need it most.

C:  With the idea of love, there is hope, and hope is what carries us from one day and into the next. I enjoy writing steamy paranormal romance because I like bending reality to create something extraordinary. I thought at first that I would stick with only writing paranormal romance, but when I got an idea for a suspense series, I decided to follow up on that. What I realized is that I can still bend reality to create an element of strange on the pages even when the story I’m writing is not outright science fiction or paranormal.

C:  I met my husband almost 20 years ago at a neighborhood barbecue. I was impressed by his cooking skills. I hate cooking and he told me he’d be happy to cook for me any time. Then, I found out he loves animals and had raised several orphaned kittens. We were married three years later.

Why did you write "Tiger's Last Chance?" What was your inspiration?

C:  I was inspired by Sean’s character in the book. He had a rough childhood and endured a brutal interrogation that tore apart his life and career, but he survived. In spite of everything, he endured. His empathy for others never faltered.

S:  Is there anything about this book that makes it special to you? To readers?

C:  Sean is a recovering alcoholic and music is his lifeline when things get too intense for him to bear. The song, "Ball and Chain" by Social Distortion is playing in Sean's truck in the first chapter of the story becayse that song kept popping up in my head as I wrote his character. For Sean, music is the temporary armor that gave him strength and peace while he healed. I think music is a temporary armor for many people. The rhythm and sound gives us joy and comfort in the darkest times.

While working a case, Sean Whitman is tortured for information, drugged, and bitten against his will by a shape shifter. The fallout leaves him jobless, friendless, and dumped by his girlfriend. Needing a fresh start, he leaves town and opens a private investigation business. Learning to live life sober isn’t easy, but he makes it to the two year mark.

When Detective Nikki Jackson with the Great Oaks, Virginia Police Department calls him, accusing him of breaking into his ex-girlfriend’s house, Sean can’t help but like the sound of her voice, despite her ridiculous accusations. He’s shocked when she calls him back with an apology then asks for his help as a consultant on a case. On the phone, her sweet, slightly Southern voice captivates him. In person, she's unlike any other woman he's encountered, and nearly impossible to resist. But could the sexy detective ever want a man like him?

After Nikki’s last dating disaster, the mountain lion shifter has sworn off men. Then she meets Sean, and with every second she spends around the tall, dark-eyed man, her resolve crumbles. But for some reason, despite the undeniable attraction between them, Sean seems determined to push her away.

An investigation into missing refugees leaves Nikki with more questions than answers. Her refusal to let the matter drop leads her to the discovery of a radical political group’s horrifying plot for dominance. Traitors are embedded within the very organizations meant to keep shifters safe. As the list of people she can trust dwindles, Nikki calls on Sean to help her unravel a web of deceit.

As Nikki and Sean fight for survival, his fear of losing her could become a reality. Will he get one last chance to show her he loves her? 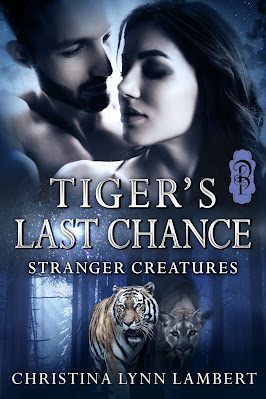 S:  The sounds very suspenseful! Where can readers buy your book?

C:  It's available at all major booksellers, including--

S:  Christina, thanks for joining me today! If you would like to learn more about Christina and her books, please visit--