This week in The Loft: Fellow eXtasy Author Diana Waters!

Joining me today in The Loft is Diana Waters! Diana writes M/M fantasy romance for eXtasy Books. A native New Zealander, Diana currently lives in rural Japan. She claims to have no idea where in the world she'll be this time next year and is "pretty okay with that." Her passions include travel, amateur photography, and competitive swimming. 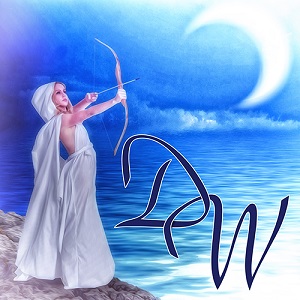 The avatar of Author Diana Waters


S:  Diana, thanks for much for joining me today!

Tell me, why write romance?

D: Writing about any kind of fictional relationship in a way that feels both compelling and sincere is a really hard thing to do, and romantic relationships can be some of the most tangled and complex of all. I have nothing but admiration for writers that can pull this off in such a way as to leave their readers constantly coming back for more, and I’ll always be attracted to books that manage this.

D:  I really like including other genres and subgenres within my romantic stories. In particular, I have a passion for both fantasy and historical fiction, and read a lot of books growing up that very successfully combined these genres – Juliet Marillier immediately comes to mind, as does Lian Hearn. While I do enjoy the occasional straightforward contemporary romance, I basically prefer to write the kind of stuff I would also want to consume as a reader.

S:  Complete this sentence: “When one of my books is released, I…”

D:  Jump up and down squealing. Panic. Repeat.

Tell me about your worst date ever,

D:  I once agreed to go out on a date with a guy who didn’t tell me where we were going or what kind of thing I should probably wear for the occasion. I played it safe and dressed smart-casual. He picked me up in his car, and he drove us to… a McDonald’s Café. It’s not like I expected to be taken to the finest restaurant in town, but given that he was also not exactly subtle about his intentions once we’d gotten back in the car, I sure wasn’t in a hurry to arrange for a second date.

S: OMG! I think I would have walked home! The only time Mikey D's qualifies as romantic is when it's by candlelight and served with champagne.

I think we can safely assume you didn't pursue that relationship. What attracted you to your current partner?

D:  Speaking of first dates. .. We both worked for a teaching company in Japan and had met a few days previously at our orientation, having been placed in the same very rural area. I had just moved into my apartment and was as yet without a car, phone, or internet connection. He turned up unexpectedly at my door with a bouquet of flowers and a bottle of red wine, and we spent the night trying to open the bottle of wine without a wine opener and marathoning Yuri on Ice. How could I not be attracted to that?
S: Aww, that's so sweet! What do you consider your greatest achievement?

D: Probably finishing my PhD, literally days before I first moved to Japan in 2012. Not because I think it’s the greatest thesis ever written or anything, but because I still remember exactly the kind of time, energy, and above all stress that went into it.

S: That's a great achievement! After I finished my Master's, I just couldn't see pursuing my doctorate. My professors weren't happy, especially when I skipped off to law school!

Tell me about your book, "Kaidyn's Courage."

D:  "Kaidyn's Courage" is an M/M romance fantasy. This is the second book in the Wild Magics series. The first was the short novella, "A Trust to Follow." However, both books are completely readable as standalone stories, as they take place in the same universe but feature different characters.

Kaidyn is the son of the queen and a trainee officer in the kingdom of Sareen. He is also a Half-Blood—his father is from Iskandir, a neighboring kingdom which has been at war with Sareen for many years. Bitter and angry at the prejudice he faces, Kaidyn meets Sorin, a healer from one of Sareen’s most prominent noble families. As their relationship deepens, the war between Sareen and Iskandir grows worse. Not only will the pair inevitably become involved with the conflict one way or another, but Sorin is also hiding a secret, and time is running out for them both. 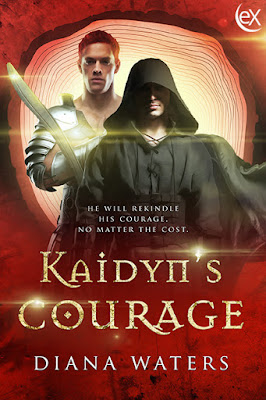 S:  That sounds intriguing! Where can readers find your book?

D:  It's available from the following booksellers--

S:  Diana, thanks so much for joining me today. If you'd like to learn more about Diana and her books, please visit--

Next week in The Loft:  Author Tim Smith!