Congratulations to V.J. Allison on her latest release! 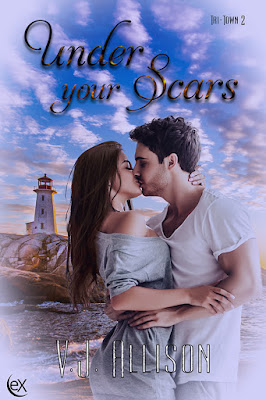 You can run from your past, but it will catch up to you eventually.

Alexis has that special something about her that Seth can’t fathom. His friend Mirabelle’s new employee is even prettier than the merchandise she sells. Too bad she’s distantly polite when he tries talking to her.

Alexis is attracted to Seth, but she’s in hiding from her past and her mistakes. Getting involved with the one person she's attracted to could blow her cover.

When they’re forced to work together, their libidos ignite. Alexis is terrified to open up and give in to her feelings for Seth. If he remembers that night five years ago, he’ll never speak to her again.

It becomes a question of whether Seth will expose her and force her to keep running, or if he'll help her face her past.