This week in The Loft: Author Elizabeth Black! 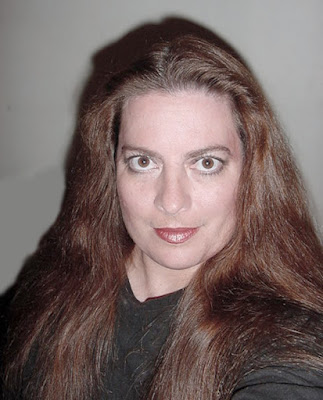 S:  Good morning, Elizabeth! I am so pleased you could join me today!

E:  I'm rather surprised I write romance. My first love is horror, which is far removed from romance! I saw a submission call about a decade ago for short stories to be published by Scarlet Magazine, which was from the U. K. Scarlet published erotica and erotic romance. I had an idea in my head for quite awhile – what happened to Cinderella after her Happily Ever After ending? I had to give it a try. Suffice to say Cinderella wasn't happy with her Handsome Prince. The shine had worn off, and her sex life blew chunks. She was visited by a Magical Sex Coach who taught her to enjoy her sexuality rather than trying to please her man all the time. The change of focus did the trick. The Handsome Prince and Cinderella fell in love all over again, and the sex was hot. I had so much fun writing that story that I wrote more romances, mostly short stories. I still write horror, but I also love writing romance and erotica.

S:  What is your perfect romantic evening?

E:  There are so many ways to answer this question. I love to have dinner with my husband at a nice restaurant where I order local, fresh seafood. I live on the Massachusetts coast, so seafood is very good here. I'd drink a glass of champagne--my favorite alcoholic drink--and then iced tea with sugar and lemon. Weather permitting and if the sun hasn't completely set, my husband and I would go for a walk on the beach. I love beach walks, especially at sunset. We'd end the evening at home with a bottle of champagne or beer and something fun on TV, like a cozy mystery or a comedy.

E:  I wouldn't exactly call it a date. I was seeing an immunologist who worked at the National Institutes for Health. He was horrid. While driving, he kept putting his hand on my crotch, and wouldn't remove it when I wanted him to. I was too scared to make an issue of it. He wanted to make out in the car and that was gross. When he took me to his apartment, he was mad his roommate was there, since he wanted to have sex and I didn't. I was glad the roommate was there. I was trapped and I couldn't get away. I couldn't leave without ending up stranded far from my college dorm with no way of getting home. Somehow, I made it through that dreadful experience in one piece without getting assaulted. I later read in the newspaper that he was fired for sexually harassing women at NIH. I wasn't surprised. I never saw him again although he kept pestering me by phone to go out. No. I was done. I never found myself in such a position ever again.

E:  We met at a science fiction convention over 20 years ago. I was dressed as Deanna Troi from Star Trek: The Next Generation and he was holding a copy of Harry Harrison's The Stainless Steel Rat. The book caught my attention since I read it years ago and loved it. We spent a good deal of the weekend talking. He didn't try to hit on me and wasn't threatening in any way. Later that night, we went to a con party in one of the hotel rooms. I was still dressed as Troi. He painted something odd on his face, and I couldn't figure out what it was. I asked him why he had a Baked Alaska on his forehead, and he said he was supposed to be a zombie, LOL. After the con, we kept in touch. Spent a lot of time talking on the phone. I felt comfortable with him, and it later grew into love.

What would you like to people know about you?

E:  In the early 1990s, I had worked as a gaffer, scenic artist, and makeup artist including FX for TV, movies, concerts, and stage. I was in a stagehand's union. I'm proud to have done lighting for the movies, 12 Monkeys and Die Hard With A Vengeance. I also did makeup, including FX, for the acclaimed TV show, Homicide: Life On The Street. The concerts were great fun to work since I saw the acts for free. Those concerts included The Rolling Stones, The Eagles, Phil Collins, Eric Clapton, Barbra Streisand, and Judy Collins. My husband was jealous I not only got to work Aerosmith and see the show for free, but I also stood a few feet away from Steve Tyler while working backstage. He was average height and wiry. Nice guy, too. Mick Jagger waved at me when I waved at him from the stage. Those were fun gigs. All of these experiences influenced my GLBT paranormal shifter romance, Full Moon Fever, which is set in the theater world.

S:  Sounds like an exciting life!  The Die Hard movies are among my favorites. I can't imagine what it was like to be on set.

S:  Tell me about your book, "Full Moon Fever."

E:  It's a GLBT paranormal shifter romance. Here's the blurb--

William Shakespeare said All the world’s a stage, but he hadn’t counted on shifters under a theater’s hot lights. Lovers Sam Hightower and Grant Newsome live for the stage. Although they have enjoyed the wanderlust of traveling theater for many years, each has grown tired of the road and wants to settle down. They also have a secret. As shifters and no part of any pack, they are lone wolves in every sense of the word. The full moon brings out the beast in them.

Even though their work as gaffers—lighting techs—puts them in contact with a large variety of willing, sexy men and women to share their love, they prefer men. They find a dancer, Luke Pearce, who makes their blood run hot, but Luke has a secret of his own to test them. Add scenic artists and lovers Charlotte and Lina to the mix, and you have a wild and sexy fivesome.

To spoil their fun and to their surprise, Sam and Grant discover another shifter in their midst, but this young person is so inexperienced and terrified she could expose them to the human hunters and get them killed. How can Sam and Grant protect themselves as well as the people they love? 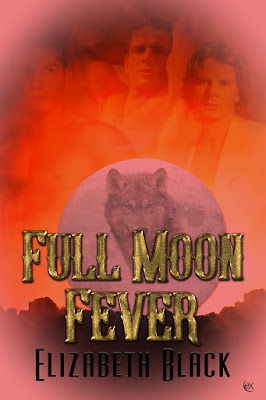 S:  That sounds exciting and tantalizing! Where can readers buy your book?

E:  It's available at all major booksellers, including--

S:  Elizabeth, thanks so much for joining me today! If you'd like to learn more about Elizabeth and her books, please visit--