This week in The Loft: Author Fiona McGier! 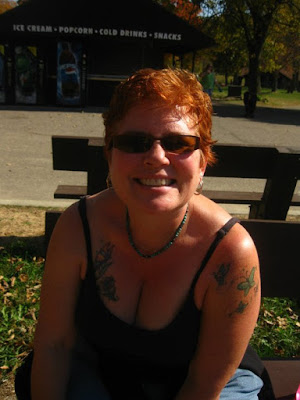 S:  Fiona, thanks so much for joining me today. It's always a pleasure to chat with an author who writes for eXtasy Books!

F:  I've always had characters talking in my head, telling me stories, or showing me scenes from their lives. I used to think that everyone walked around with their own entertainment playing in their minds. I wrote my first book shortly after my father passed away. I had to take over care for both of my parents while he was on hospice, dying from colon cancer, and when Mom got diagnosed with dementia. All of this occurred while I was working two jobs and had four teenagers in my house. After my father passed on, I desperately needed a happy ending--so I wrote a romance with a HEA (happily ever after). Then the heroine's best friend wanted me to write her story, and that ended up being a series of six books (so far). After I held my first published book in my hands, I was hooked! I love rereading my own books because I still enjoy visiting with those characters.

S:  I think many authors have tales spinning around in their heads. I know I do.

F:  As a long-time--over 30 years--happily-married woman who is still madly in love with her husband, sometimes I reminisce about the early days when we first met and we each realized we had finally found the one. I love those exciting days when you first discover that your feelings are reciprocal. Writing romance, and reading it, allows me to keep experiencing that heady feeling. I love happily ever afters.

F:  I write what I like to read. Seriously. I've always been an independent feminist, and I want to read about alpha females who have exciting lives--like female biker queens or secret agents. I don't want to read about mousy females with low self-esteem who need rescuing, or who long for the rich guy. I don't need money to be happy, so neither do my heroines. And I only write contemporary romance because as I state clearly on my blog page, the idea of sex without birth control is very scary. So the secret baby trope isn't something I'll ever write about or read.

S:  When I first started writing romance, I was worried that I would be required to adhere to tropes. Like you, I prefer to write real-world, honest romance. That's why I focus on solid, healthy relationships, where the couples are on equal footing.

Do you believe in love at first sight? Has it ever happened to you?

F:  Yes and yes! It happened when I met my husband  I'd have married him after a week. It took him over two years, and six months of us living together, before he asked me in a bar, over pizza and a pitcher of beer. He leaned over the table and asked, "How about it?" I replied, "What?" He said, "You and me. Get married." I said, "No shit?" He smiled and nodded. I said, "Okay." Our kids tease us all the time about how romantic his proposal was!

F:  I'm the first to admit I was shallow when I was young. I was attracted to his long legs--he's 6'4" and I'm 5'3"--and his cute butt. And his mustache. When I discovered that sex with him was better than anyone else I'd ever been with, I decided that if I could only have sex with one person for the rest of my life, I had to marry him.

S:  What inspired your most recent book, "Two for Tuesday?"

F:  I had a vivid dream one night about a young woman choking in the bar I used to hang out at in college. A tall Black man performs the Heimlich on her, then her friends hustle her back to her apartment to party for being still alive. He thinks he'll never see her again, but that's not what happens in romance novels.

S:  I do wonder how many other authors get inspiration from their dreams. I keep my phone by my bed because I so often have dreams that inspire books.

Is there anything special you would like people to know about "Two for Tuesday?"

F:  I've been a feminist since before I ever heard that word. My kids joke that I'm the alpha of the family because whenever we go anywhere, I do the driving. Maybe that's just because I'm a control freak and I don't trust anyone else's driving. But the heroine of this book, Melanie, is a sexually-free and adventurous young woman. I hate the term slut-shaming, because it implies that it is okay for men to play around, but women are judged and assumed to be inferior for the same reason. That irritates me. So the heroines that I write are independent women who enjoy a casual hook-up but don't need a man to feel complete. So when they meet someone they bond with, it's up to the man to convince the woman that he's the only man she'll ever need. Like I said before, I write the books I want to read.

Dr. Marcus Jones is world-famous for inventing a procedure to make cardiac surgery quicker and safer. He has achieved much in the ten years since he graduated from medical school, including accumulating more wealth than he had ever dreamed of growing up in the projects in Chicago. But he has not been as successful in his personal life.  His lawyer-wife is divorcing him--but then he was never really in love with her. He has only felt that way about one woman--the one he dated back in college--the one who got away. But he didn't get to be rich and famous by not pursuing his dreams. And she's never been good at saying No. When he finds her name on the internet he contacts her, determined to see if he can rekindle what they once had together, back when he could only spare one night a week away from his studies, and his world revolved around Tuesdays. 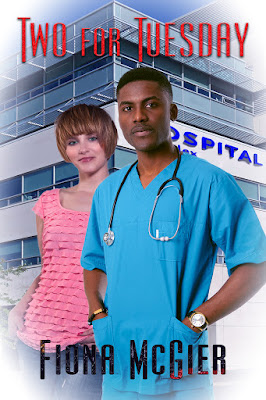 F:  It's available from the publisher and all major booksellers. Here are the links--

S:  Fiona, thanks so much for joining me today. If you would like to learn more about Fiona and her books, please visit--