This morning in The Loft, I welcome romance author Madison Michael. Madison is the author of  the Beguiling Bachelor Romance series, which is available on Amazon Kindle.  The last book in the series, Besotted, came out July 31. 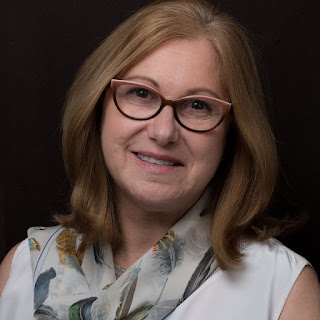 Welcome, Madison!  I am so happy you could join me today for some French Roast and Pain au Chocolat.

Many years ago I interviewed a newspaper publisher for a journalism school assignment. When I finished, he said, "You didn't ask me the most important question."

He replied, "'Where do I do my best thinking?' If you had asked, I would have told you in the toilet. It's the only place I can lock the world away. That in a nutshell is my theory about life. You need to shut out the noise to be able to think." That day, he became a lifelong mentor. A simple question, but oh, so telling.

So now, when I interview people, I always try to ask...

S:  Where do you do your best thinking?

M: I must do my best thinking in my sleep and dreams because I jump out of bed in the morning with so many new ideas for scenes, for plot twists and new characters.

S: (Smiles) I seem to have the same problem. Except my dreams wake me up and I am so worried I'll forget them that I have to grab my phone and record them!  Tell me, have you always been a writer?

M:  No, I had a prior occupation as the manager of a team of software consultants for a Fortune 100 corporation. After 28 years working there I walked away and started pursuing my passion. Writing is my desire; management was my job.

S:  Wow. That's quite a switch!  So why did you decide to write romance?

M:  Two reasons, I love reading romance and I love a happy ending.

S:  I am always curious about what writers do on their down time, if they actually have any. So tell me, if  you could “seize the day,” how would you do it?

M:  I would eat a decadent brunch, go to a double feature of romcom or blockbuster action films, have dinner with a dozen of my favorite people and finish off the night with hot sweaty sex.

S:  (Blushes)  Do you believe you only fall in love once?

M:  Absolutely not! I believe we learn from each love how to love better and more truly the next time.

S: A paranormal invites you to host a dinner with five guests, all prominent figures in history who are now deceased. Who would you invite and why?

M:  I would include Thomas Jefferson, to query him on how he came to envision our country’s freedom and government, as well as education, engineering, astronomy and all the other areas where he invented with imagination. I might invite Jane Austen, to ask her how a woman who remained single her whole life could write so brilliantly about romance.  I would invite my father who died early in my life. I would have liked to get to know him better.  Shakespeare would be on my invite list. Come on I am a writer, do I need to say more? And finally I would invite someone like Queen Elizabeth I or Henry VIII, because I would love to write a novel about their eras and lives.

S:  Your next book, Besotted, part of the Beguiling Bachelor Romance series, came out July 31 on Amazon Kindle. What can you share about the book?

Time is Running Out…For Both of Them

Regan Howe, won her coveted CEO position through hard work and a willingness to buck family tradition. Now, Brandon Hockney, a handsome US Senator with his eye on the White House, wants her to give it up, along with her home, friends and family for a move to DC and marriage to him.

Regan wants marriage and family but this choice will require she leave everything she loves, including the alluring Tyler Winthrop. Regan has waited twenty years for Tyler to commit. He once promised her forever, then destroyed her trust and her hopes for a future together. Still, she cannot break the ties between them. Regan is besotted.

Tyler’s moment to win Regan is slipping through his fingers. He has remained on the outskirts of Regan’s life, reluctant to reveal his true past and expose her to danger. Despite their obvious attraction, Tyler has remained her friend and protector, keeping Regan at arm’s length for her own safety, When Regan determines to test the waters with Brandon, Tyler is tapped as acting CEO, throwing the pair together for one last chance at love.

Can Tyler shake off the thugs threatening to expose his past mistakes? Can he earn Regan’s trust and woo her away from Washington? Battling overwhelming odds and a racing clock, will Tyler be forced to release his one true love to find happiness with another man? How can he when he’s besotted?

Join Tyler and Regan as they seek their happily ever after in the conclusion of the steamy, contemporary Beguiling Bachelor romance series. 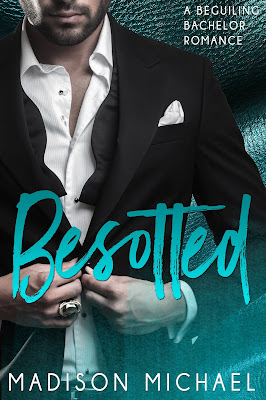 S:  Sounds steamy! How about an excerpt?

Regan was just too damn alluring in that dress for him to accept that he couldn’t have her if he wanted her.

He was an idiot. He should have told her years ago. He should have told everyone. Despite the tongue- lashing he was silently giving himself, Tyler was certainly no fool. “The professor” to his friends, he was generally serious and professional. He had the smarts necessary to obtain both an MBA and a law degree, and he was now CEO of LHRE and on hiatus from one of the fastest growing tech companies in the country. He kept his cool in general, but again and again he behaved like an idiot around Regan.

Since that damn frog almost thirty years ago, he had loved no one but Regan. Sometimes they made it work together, like in high school, but most times not. His feelings were unchanged, but something always stopped him from declaring his love and asking her to do the same. This time it was something insurmountable.

And yet Tyler couldn’t stay away. He was the proverbial moth to the flame, flirting with disaster every time he flirted with her. He had promised to stay away, to keep her safe,but the attraction was undeniable. Yep, prize idiot.

Returning to the ballroom after the latest threats, Tyler briefly considered sharing the conversation, coming clean with Regan and perhaps moving their relationship forward. He was at a fork in the road but remained silent, Tyler knew he was on the wrong path but couldn’t summon the will to fix it. Not only were his problems unsolveable, but she was involved with Brandon. Tyler felt hopeless.

He was preoccupied just as Regan accused, but Tyler tried to give Regan the attention she deserved. He failed miserably until Regan suggested they just leave. That got his attention. Who knew when he would hold her in his arms again.

“Come dance with me again. It would be a crime to waste that dress.”

Encircling Regan in his arms, his body responded to her nearness, even as his mind worried over the earlier texts. He was unaware of his hand stroking her back, fingers lightly skimming over her bare skin. He wasn’t thinking clearly when he pulled her close or when he dropped kisses on her hair. He wasn’t paying attention, just acting on instinct, Regan was responding, her breath growing uneven, her hands clinging to his shoulders. 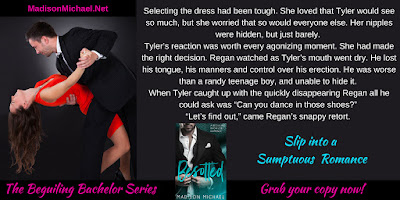 S:  Will there be a blog tour?

M: Yes, it began July 31 and runs through August 21. Visit a stop on the tour and enter to win awesome prize packages!

S:  Thanks so much for visiting me today, Madison, and good luck with your latest release!
at August 10, 2018