Visiting me today in The Loft is romance and science fiction author Kayelle Allen! Kayelle  is the author of seven books, three novellas, and multiple short stories. She is also the founder of Marketing for Romance Writers, which provides a variety of marketing opportunities for romance authors. 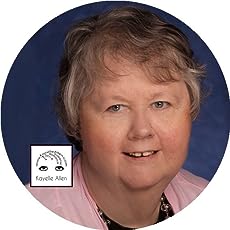 S:  Good morning, Kayelle! Thank you so much for joining me today in The Loft! Tell me, what would you like people to know about you?

K:  I've been published for 14 years. I'm also a veteran (U.S. Navy) and I've been married forever. Well, almost. I write about misbehaving robots, mythic heroes, role playing immortal gamers, and warriors who purr. What else... I have three grown children and five grandchildren, three of whom are teenagers. Can you believe that? I can't. I still think of myself as a geeky twelve-year-old with scrawny knees. But that's me!

S:  First of all, thank you for your service. I don't believe we do enough for our veterans and that has to change. I don't know what impresses me more--the fact that you're a veteran, the work you do to assist other romance writers, or the fact that you have grandchildren. My son is barely out of his teens, so I suspect grand kids are far off. I'm so jealous!

If you were offered one of the following gifts: a day back in time, a glimpse into heaven, or perfect health, which would you take and why?

K:  I'd take perfect health. I don't want to go backward and I believe the future will take care of itself, but good health helps in the here and now.

S:  That certainly makes sense. Good health makes most things bearable. Is there a person, book, or song that inspires your flights of fantasy?

K:  I recently completed a photo shoot/cosplay session with Nik Nitsvetov as my immortal king, Pietas. I have hundreds of images of him looking like he just stepped right out of my head. If anyone could inspire my imagination, it's Nik.

S:  Wow. That sounds so cool. Unfortunately, I write about lawyers. After 30 years of living in Lawyerland, I don't want their images in my head! (Laughs)

If you could "seize the day," how would you do it?

K:  I would shut off Skype, my browser, my phone, and lock myself away from friends and family. Then I would just write until I felt like stopping. Or fell over because I was hungry and tired.

S: (Chuckles)  Ah, the gift only a writer would want. Solitude. We crave it. You have spent much of your career writing romance. Is there a reason for that?

K:  I love telling the stories behind relationships. When two characters meet, incite sparks, and then merge into a loving couple, it's fun to watch. I don't always write romance, though. My latest is a science fiction space opera short story set in the same universe as that immortal king I'm so fond of. 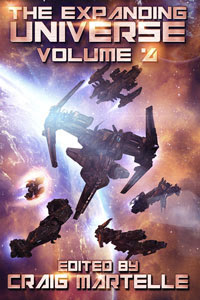 K:  Sure. This is "Lights Out," which is featured in The Expanding Universe, Vol 4, edited by Craig Martelle--

When Tornahdo signs on the dotted line, he puts his life into the steady hands of the mighty Ghost Corps. Three grisly deaths and three agonizing resurrections later, he's assigned duty on the space station Enderium Six.

He's facing his most dangerous mission yet, the very reason the corps exists.

Do they expect him to win? Fat chance. Tornahdo and his team are already dead and this mission is codenamed "Lights Out." No, there's more to this than he can see.

To discover the truth, he must face an unbeatable, unkillable enemy, and this time--somehow--find a way to keep himself alive..."

Thanks so much for visiting me today, Kayelle. For more on Kayelle and her latest release:

He can save mankind. After he does one important thing. Die.
Exclusively on Amazon and Kindle Unlimited:

Go behind the scenes with the world and characters of "Lights Out" in a free downloadable illustrated book filled with inside information, exclusive character insights, and links to the author's research. https://bit.ly/peek-lights-out.

Next week in The Loft:  Viviana MacKade!