Enter to win Lee Collins' complete Men in Love And At War Series!

S:   Good morning, Lee! I must admit I am a bit in awe of a writer who lives in an actual paradise. I can't imagine what it must be like to be surrounded by beaches, eternal sunshine, a volcano, and the Atlantic Ocean. That seems to be enough inspiration for a lifetime!

Let's start with the basics. What would you like people to know about you?

L:  In brief, I am fifty-two. I was born and raised in London and worked as a successful management consultant until I was 35. Then I decided to move to Tenerife (one of the Canary Islands, which are a part of Spain) to pursue a relationship. I gave up my career, sold everything I owned in London in the hope that I’d found true love. BUT, it went horribly wrong. Seventeen years later I still live here and I have found a new prince charming, so yeah, it didn’t go that horribly wrong. Now comes the really tough part for me. I lost both my parents when I was 27 to cancer, so it’s been me and my older sister supporting each other from thereon in. Thankfully, we have a very loving relationship so life goes on and my memories of my parents will never die. If you really want to know me, then read my book Sun, Sea and a Contemporary Art Gallery. It is basically my memoirs, but a literary agent recommended that I rewrite it in third person, which I did. The main character is Berkeley and he took on a life of his own. Due to popular demand, I wrote another seven books featuring Berkeley. Now I’m in a really good place. 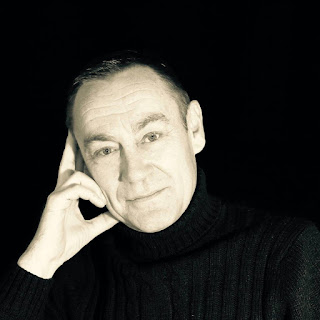 S:  You made an incredible sacrifice for love! That took a lot of courage. I think many people fall in love when it's easy. Few are willing to make sacrifices to pursue it.

Is that why you write romance?

L:  I write romance because I am a die-hard romantic. I have had a lot of relationships, fallen in love, had my heart broken more times than I care to mention, but for me, romance will never die. I also love to write books about how I wish a romance I’ve had should have gone. I also use it as a platform to vent my frustration. I live with my ex, but the love and bond between us is stronger than ever, so I’ve got my prince charming/knight in shining armour and I wouldn’t give him up for anybody.  I found true love, even if he is a pain in the, ahem, at times!

S:  (chuckles) They can be the love of your life, but that doesn't mean they're perfect!

If someone wrote a song about you, what would it say?

L:  (Laughs) This is going to sound so corny, but I actually wrote some songs when I was in my 20’s and I wrote a song called ‘Making Rainbows," because I wanted to make rainbows for all my loved ones. It is featured in my first book, "Mistela." I would have to choose this one for that reason. The words mean so much to me-- 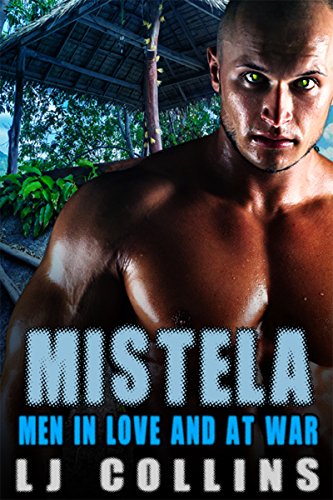 S:  Wow. That's really beautiful. "You have to shoot cupid's arrow if you don't want your heart left in the cold." That's a lesson some never learn, but it is one of life's truths.

Complete this sentence for me. Writing is...

L:  First and foremost a crazy experience, and one you have to be absolutely determined to pursue and succeed in! I sent my first book to about 40 publishers and literary agents and got turned down by all of them. I had balls and guts at the time and I refused to accept their judgment and decision so I kept on trying. Then I struck gold with eXtasy Books who specialize in the type of genre that I write in (MM romance). Fourteen books later it is now a question of when the fingers connect with the mind. I plan things—plots, stories, etcetera, in my head, but when the fingers take over something else comes out. (Chuckles) I can’t complain though. I think my subconscious takes over and I am always happy when it does. I go into a "zone’ when I’m writing and I have to be in that zone or I write a load of… Being a writer is not easy, but I love it, and I don’t have to do it for financial reasons. I do it for the love of being given the opportunity to be creative and express my inner being and thoughts. I get so much joy and satisfaction from it, and I hope you all will when you read my books.

To win a complete eBook set of the Men in Love And At War Series,
click on the link below!