With me today in The Loft is fellow eXtasy author H K Carlton. The author of numerous books, H K writes romance in its varied sub-genres--from naughty to nice, historical to contemporary, time travel to space travel, and everything in between. The mother of three children, H K lives in Canada with her husband. 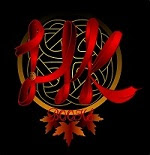 S:  Good morning, H K. Thanks so much for joining me.

You have written quite a few books. Why write romance?

HK:  Because I love a good love story. I blame my parents. Now that’s a love story. It wasn’t always easy but they were totally devoted to each other. I also write romance because my husband is the least romantic man—maybe not in the world—but he’s not winning any contests, that’s for sure. Writing romance gives me the opportunity to make some of my own.

S:  My parents were married almost 60 years, so I understand witnessing true love, as well as romance. Even when they got older, they were so sweet together!

HK:  Unfortunately, I do my best thinking when I first go to bed at night—I have the dark circles under my eyes to prove it. (Laughs.) Needless to say, getting to sleep can sometimes take a while. On the upside ,as a writer, this is also where I often hash out some pretty sweet plot twists. It’s remembering them in great detail the next morning that’s the hard part.

S:  I'm with you! I have taken to keeping my phone on my bed stand so I can record my sleepy thoughts. They don't always make sense in the morning, but usually I can recapture the good ones!

What should people know about you?

HK:  Most people—even some who are very close to me—don’t know that I am an author.

S:  Wow. You must be very good at keeping secrets! I write under a nom de plume to safeguard my identity, but most of my friends and family know I write romance.

What inspires your flights of fantasy?

HK:  I've written two books that have been inspired by songs.

The first is"Rock Me Gently," which is about a rock star who wakes up one day and doesn’t want to be a rock star anymore. He quits the music business and becomes—of all things—a history teacher. From Jase West to plain old Jason Westlake. During parent-teacher interviews he meets a single-mom of one of his students, and he is pleasantly surprised to find she has no idea who he is. But Lainey is going through a pretty nasty and public divorce from an ex-pro athlete. The press isn’t kind to her. So, Jason knows he’s going to have to tread lightly (or rock her gently) and he makes the decision to keep his former fame a secret. But secrets always have a way of coming out, and usually in the worst possible way.

I also penned a story entitled, "Memories of Us." The title is a play on a Keith Urban song, but the genesis of the story itself came from lyrics of the Thomas Rhett song, "Get Me Some of That." The following two lines from the song, got me thinking…"Swingin' your hips and slingin' your hair. Side to side with your drink in the air." I envisioned a bon fire. Blaring music. A crowd of friends partying. A young woman stands near the fire. She’s singing at the top of her lungs, swaying to the music, holding a red solo cup in the air. She doesn’t care what anybody thinks. Once I had that little bit of imagery, I had to build a back story from there. Who is this girl? What’s her story? What brought her to that party and why doesn’t she give a hoot, what people think of her. "Memories of Us," was born.

People often ask writers where their ideas come from. Honestly, they can sprout from virtually anything. Any place. Any time.

S:  That is so true. Sometimes, the strangest things spark a story--a conversation, a photo, a dream. Taking that spark and fanning it into a big ole flame is what writers do!

Complete this sentence:  “Writing is…”

Tell me about your book, "The Devil Take You."

HK:  This is actually a preciously published historical romance. It has been re-edited and reformatted. It will be re-released on April 5 by eXtasy Books.

I believe your stay in purgatory has only just begun…

Braelynn Galbraith wants peace for her beloved Scotland, marriage to her childhood sweetheart, and a house full of children. In that order. But evil incarnate, in the form of Gard Marschand, turns her life inside out and destroys all hope of a decent marriage.

Known in the Highlands as the legendary devil, Gard Marschand raids his way across Scotland and England amassing power and property in his malevolent wake. He will stop at nothing in his pursuit to regain what is lost—even conceal his true identity and associate with his enemies. His determination is all-consuming until he and his men lay siege to Ross-shire holding and one feisty Scottish lass obliterates his single-minded purpose.

Can Gard abandon his deep-seated need for revenge for a love that just might save his rotten soul? Or will he succumb to the demons that hound him and surrender to the devil within? 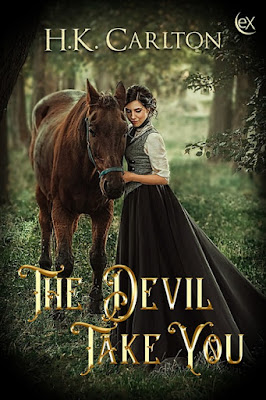 S:  Sounds exciting! Where can readers buy your book?

HK:  It will be released first by eXtasy Books, then other major booksellers. Here's the buy link--
https://www.extasybooks.com/coming-soon/?product_id=6412

S:  HK, thanks so much for joining me in The Loft! To learn more about H K and her books, visit--